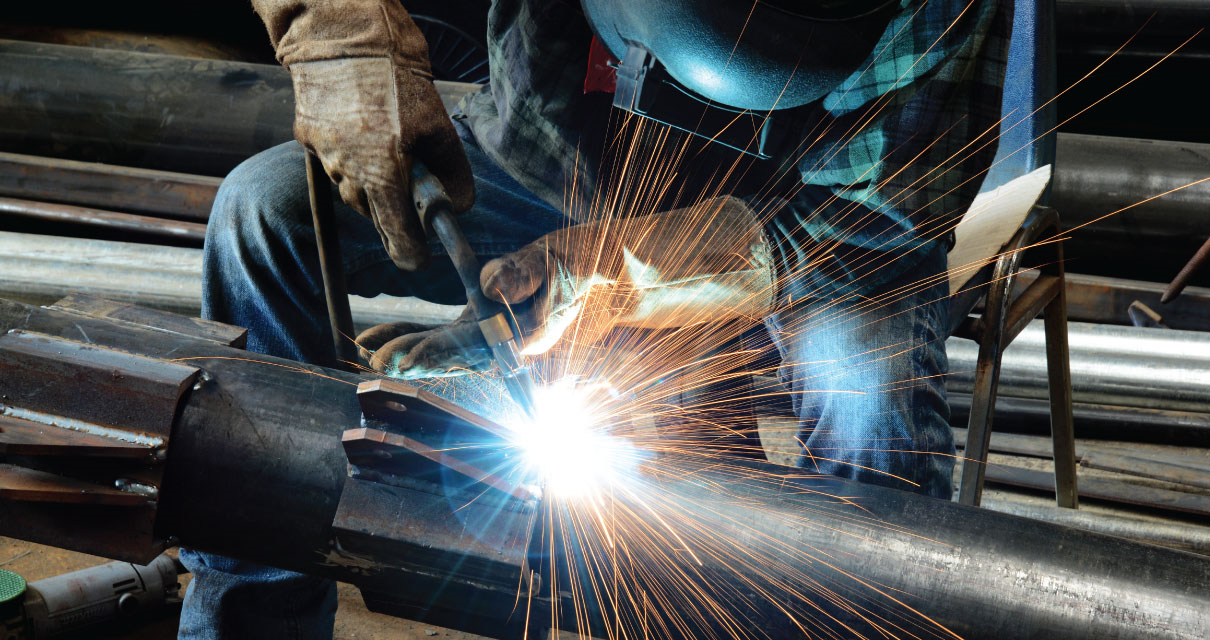 We first wrote about welders in 2013. Its a topic we keep coming back to, most recently in a 2018 post entitled What skilled trades job actually pay.

The reason why we keep writing about welders is they have become Exhibit One for the case why others’ kids don’t need to get a four-year degree to have a good-paying career. We are told over and over again that there are many job openings for welders making more than $100,000.

One problem: there is no evidence anywhere that there are many welders who make six figures. In Michigan the median wage for welders, cutters, solderers, and brazers is $36,750. Below the national median for all occupations. You read that right, welding is an occupation that has a median wage below the national median for all jobs! At the 90th percentile Michigan welders, cutters, solderers, and brazers make $53,900.

In his new book The Years That Matter Most, Paul Tough does a deep dive into the myth and reality of welders. Tough traces the history of the myth of welding as a six figure occupation to a 2014 Wall Street Journal op ed written by then Ohio State Treasurer Josh Mandel entitled Welders Make $150,00? Bring Back Shop Class. Tough writes:

…its premise was that in rural Ohio there was such a shortage of skilled tradespeople that employers were regularly hiring welders at salaries of $150,000 a year and up. Some Ohio welders, Mandel said, were earning more than $200,000. In the column, Mandel contrasted the bountiful opportunities available to blue-collar workers without college degrees with the dismal prospects he said many college graduates faced.

This story, of course, has been repeated over and over again by way too many business leaders and elected officials of both parties. Once again, it isn’t accurate. As we have explored many times, most recently here, the preponderance of high-wage jobs are in occupations requiring a four-year degree or more. Yes there are good-paying jobs and careers that don’t require a four-year degree; some in the trades, some in non-trades occupations. But the data are clear: the most reliable path to a middle class career is getting a four-year degree.

Tough demonstrates the reality of those preparing to become welders through the story of Orry who in his mid twenties enrolled in a community college to pursue a degree in welding. Tough writes:

Orry was no longer feeling all that optimistic about the welding profession. … the real life welding jobs that Orry was able to find in western North Carolina were paying experienced welders between $12 and $15 an hour, which was less than he was making at the door factory. Orry knew that better paying welding jobs existed, but they were all far away, in Colorado or Arizona or working on a pipeline in Alaska. Those jobs were generally short-term and physically arduous, and if Orry went out and chased one, he’d have to leave his kids behind. Now that he was back together with Katie, and they had what felt like a genuine family, he wanted to stay close to home and be a real father, the kind of steady male presence that he himself had never had growing up. Besides, even those good-paying welding didn’t pay that well––maybe $30 or $40 an hour, if he got lucky.

Add to those labor market realities that Orry had wracked up $19,000 in student loans and still hadn’t finished his two-year degree. I have no idea how typical Orry is of those who set out to become a welder. It is possible that many can get into welding without a two-year degree and without student loans. But to become a skilled welder does require some post- secondary training and there is a cost to that training. And whatever the cost and however it is paid for the labor market reality of welding is that it is at best a median-paying, not a six-figure-paying, occupation.

Lou Glazer is President and co-founder of Michigan Future, Inc., a non-partisan, non-profit organization. Michigan Future’s mission is to be a source of new ideas on how Michigan can succeed as a world class community in a knowledge-driven economy. Its work is funded by Michigan foundations.

The 3.0 Agenda: the formula

An attempt to measure what matters

In our statewide education agenda released earlier this year, we call for a new set…

The nature of work today and tomorrow